As the leading nonprofit for lung health, the American Lung Association had specific needs that a total website redesign had to reflect. Every aspect of the project – from page design to SEO to user experience – had to support its vision: a world free of lung disease.

But what does “a world free of lung disease” look like, practically, as a website? After in-depth conversations with users and stakeholders, Rise used quantitative and qualitative user data to approach these goals:

And it has to do it all while being visually reflective of the American Lung Association’s stature and reputation in the industry.

By catering to the American Lung Association’s mission and responding to their needs as a nonprofit, we crafted a website that streamlined interfaces, empowered internal stakeholders to update & control the content, and communicated the association’s values and reputation of contributing to global lung health in 2020.

The partnership between Rise and American Lung Association has resulted in exceptional performance improvements for the brand and several industry awards, including the dotCOMM Awards, Hermes Creative Awards, and WebAwards. 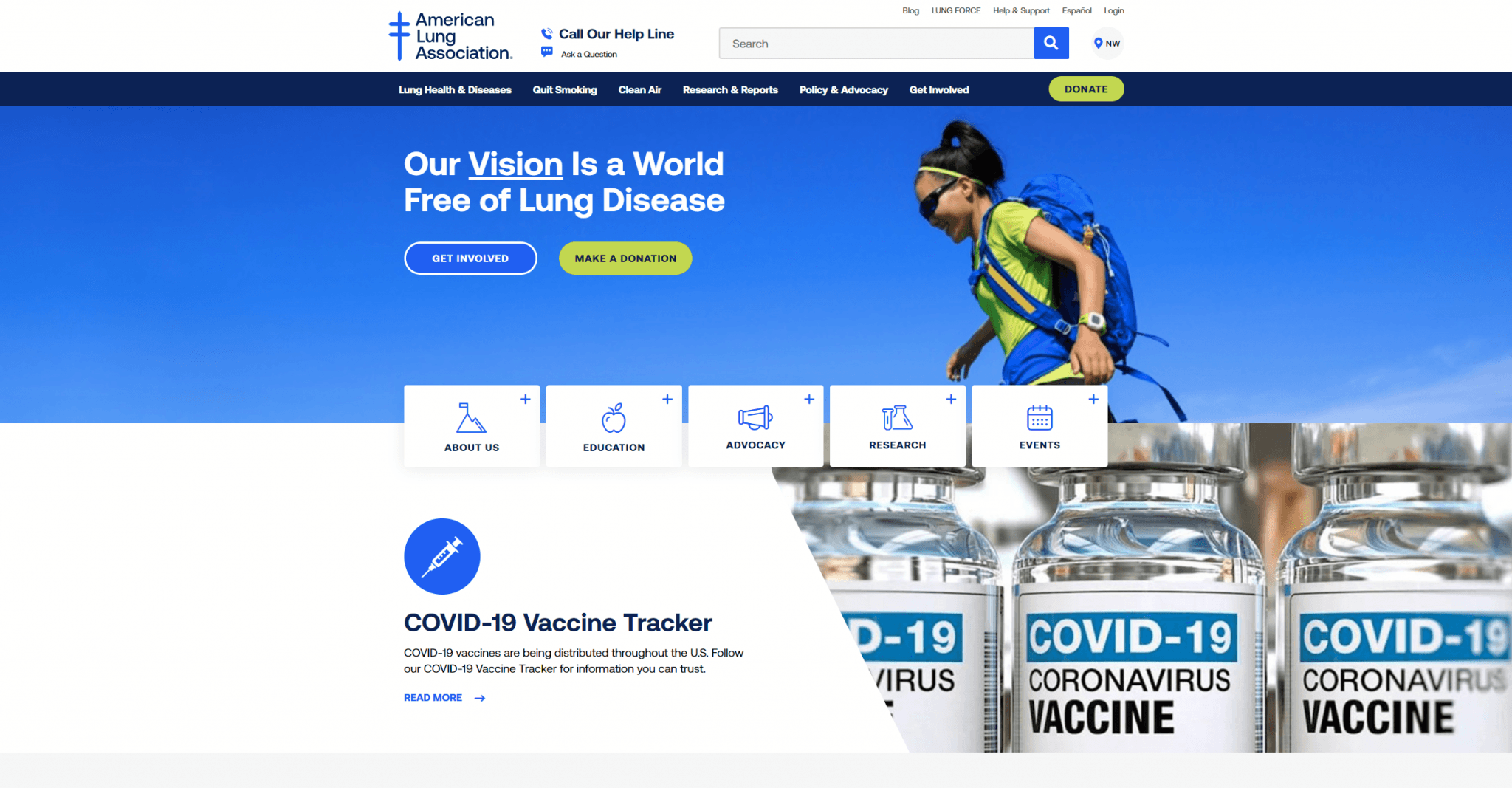 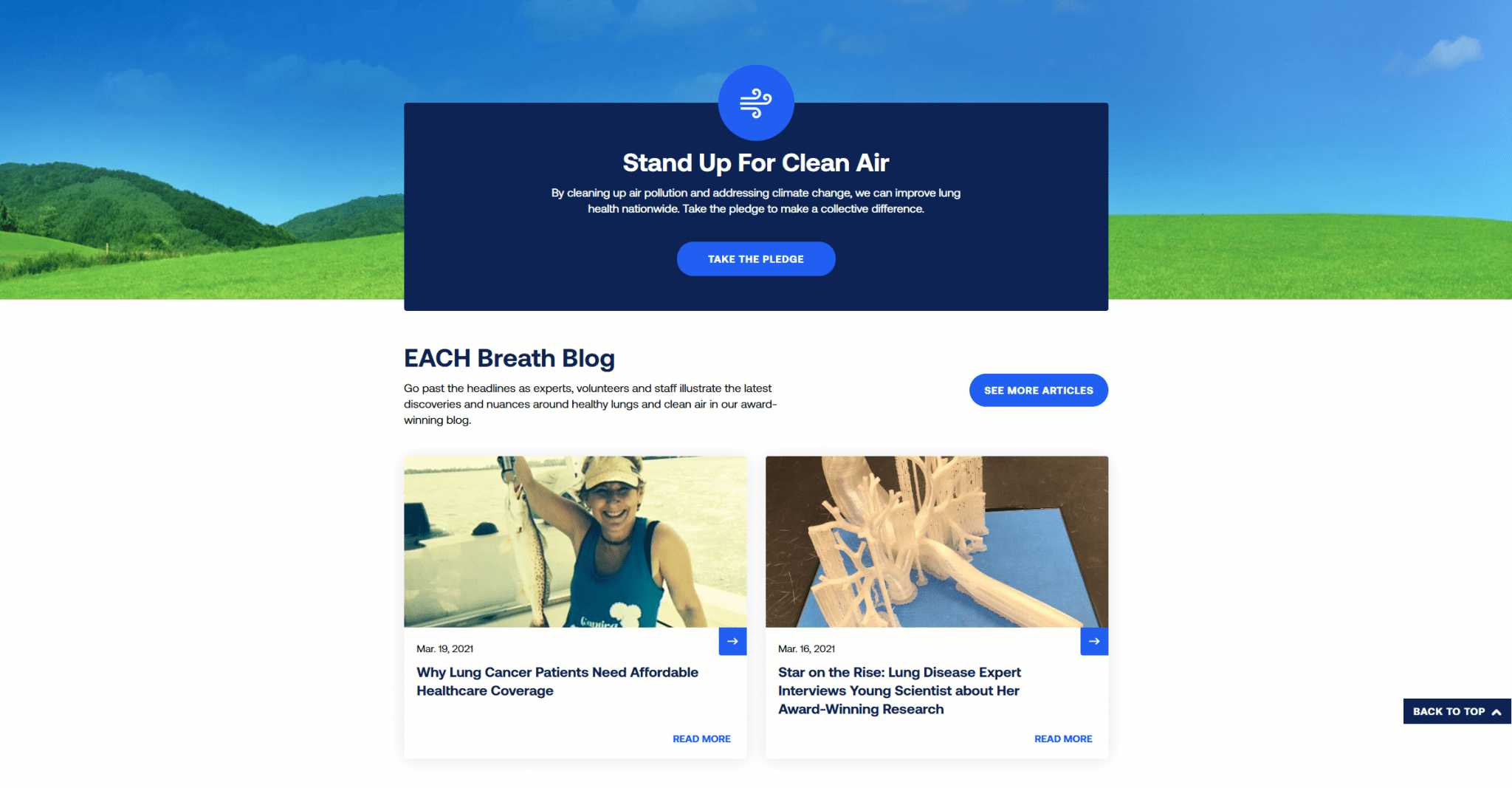 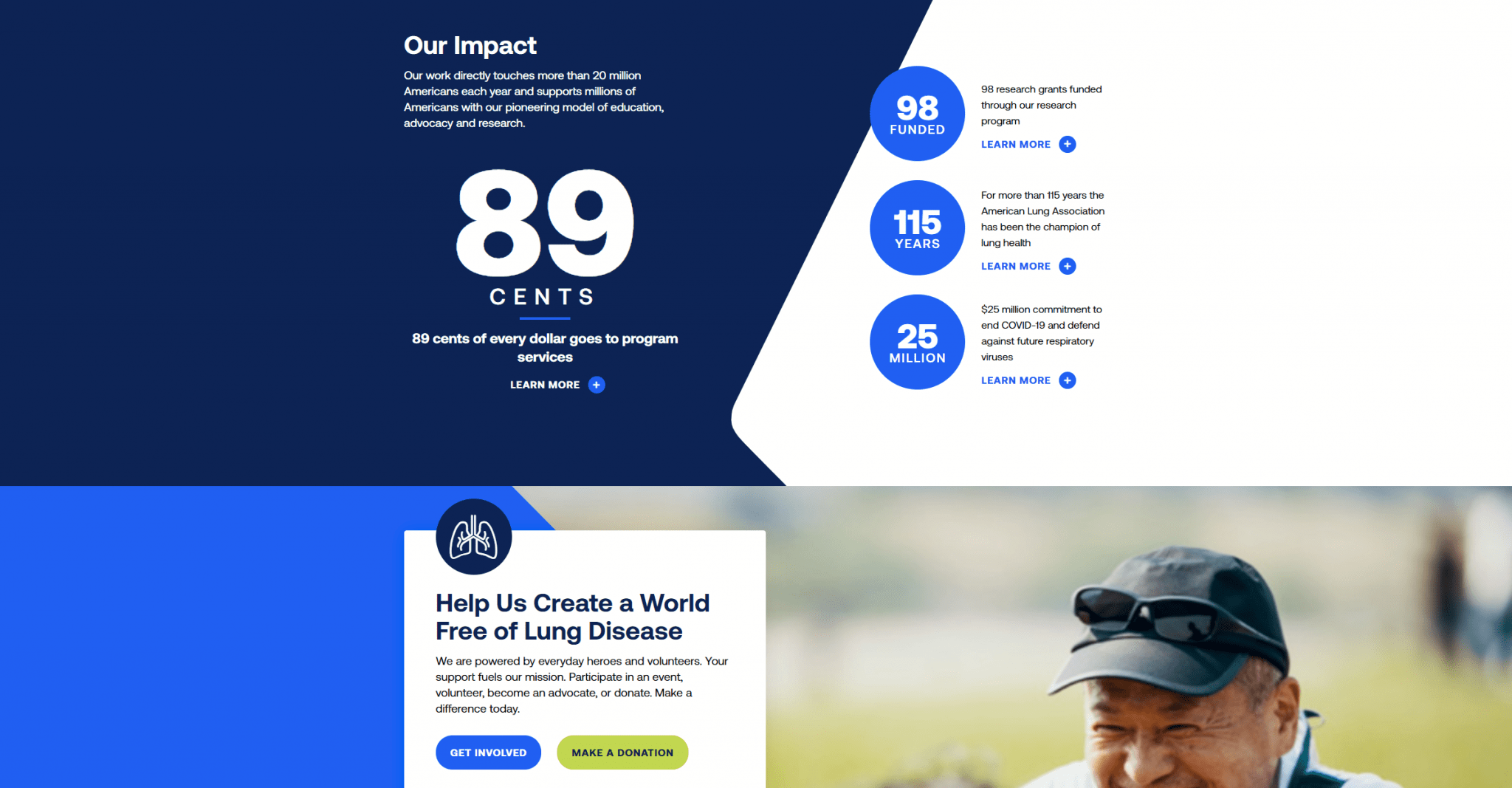 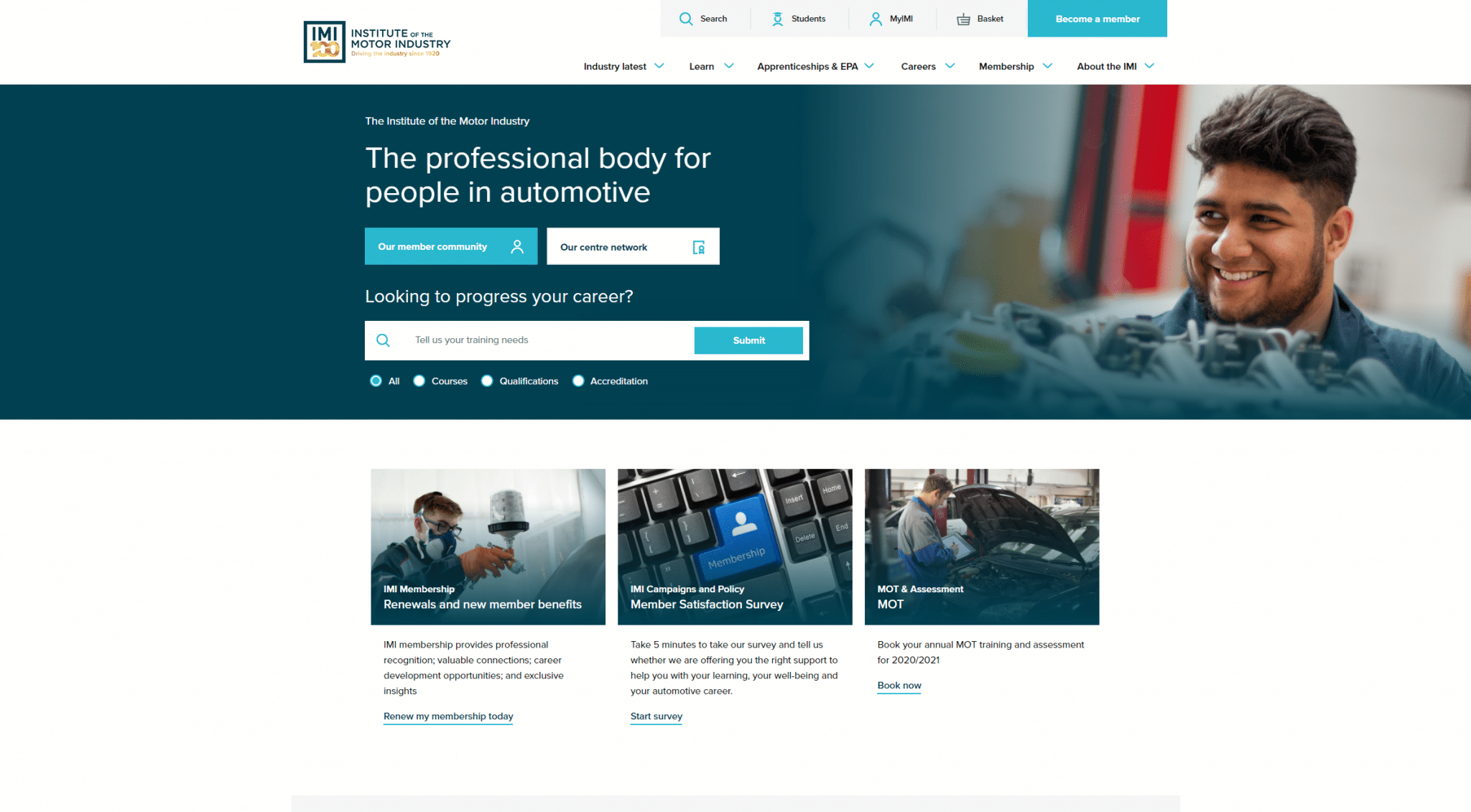 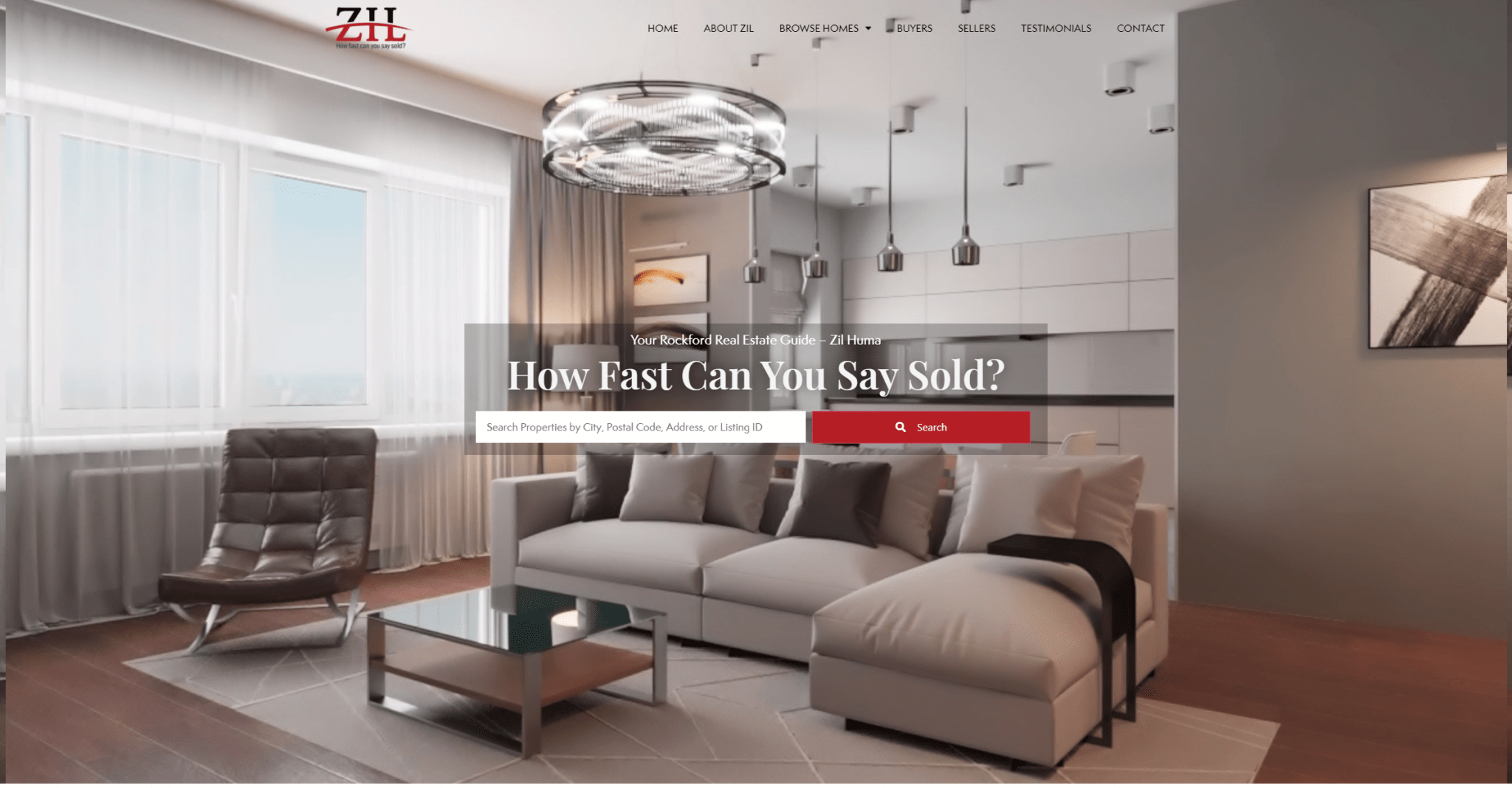 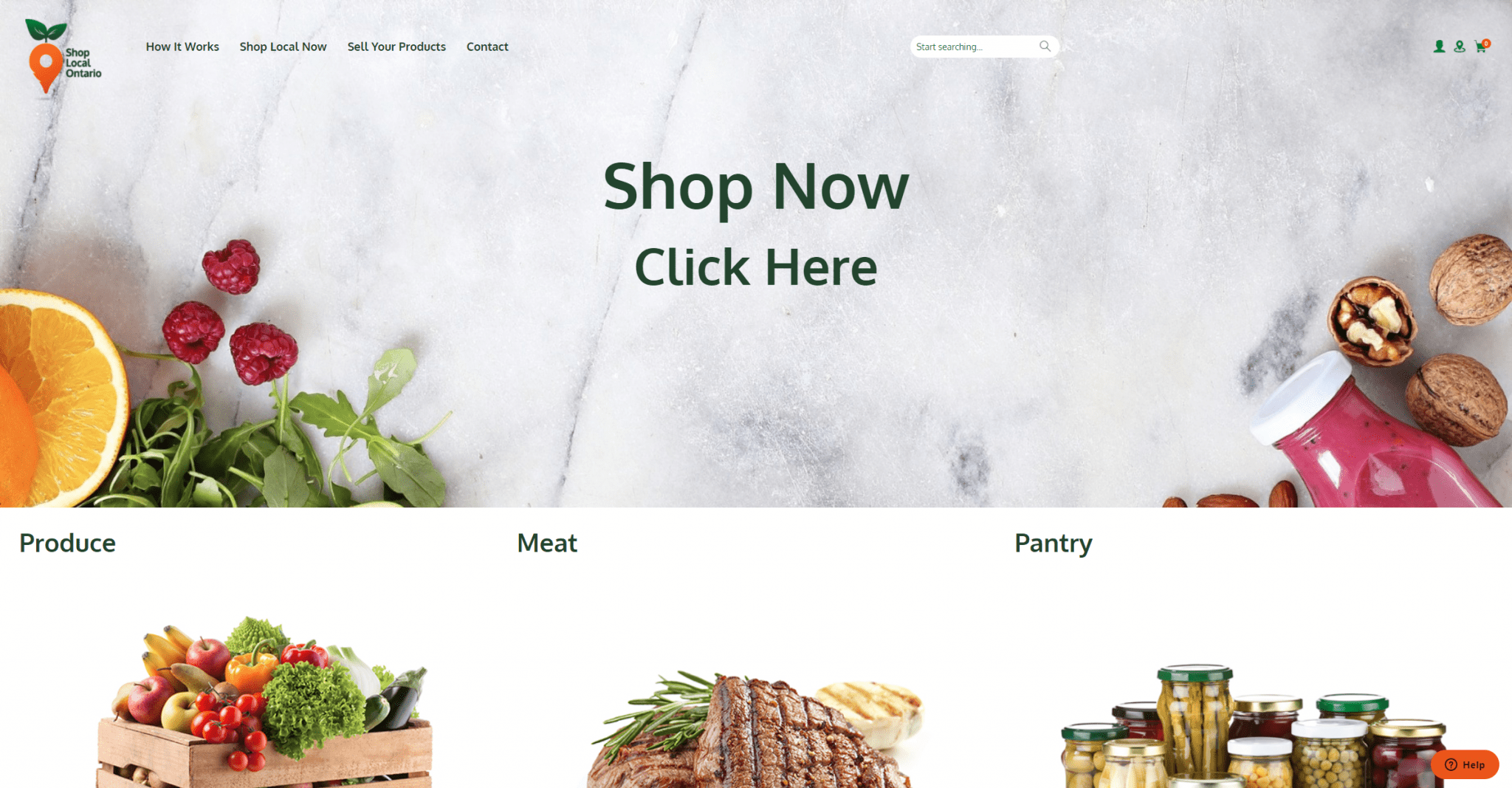